Dear Mr. Osamu Okumura:
Thank you for your note of interest in my arpeggione site. I am interested to hear that you will be building your own arpeggione. That is what I had to do myself, as well.
The instrument in the youtube clip is one which I made by combining a quarter-size cello with the neck of a guitar, and a new fingerboard.
Keep me informed of your research.
Yours,
Peter Yates

PETER YATES studied guitar under the late Theodore Norman at UCLA. Trained also as a composer, his activities have included annual performances in Europe and the United States -- both as a soloist and as a member of the Elgart-Yates Guitar Duo -- and the composition of an opera based on the lives and works of folk artists Simon Rodia and "Grandma" Tressa Prisbrey. He has premiered over one hundred works for one and two guitars. The Elgart-Yates Duo have co-written a pioneering book on the prepared guitar, have been selected by the National Endowment for the Arts "Arts America" International Touring Roster, and have performed at venues ranging from Lincoln Center and Italian Radio (RAI) to the jazz clubs of Salzburg and Brussels. Their most recent recordings are available on TR and Bridge Records. His M.F.A. in guitar performance is from UCLA and his D.M.A. in composition is from the Claremont Graduate School. 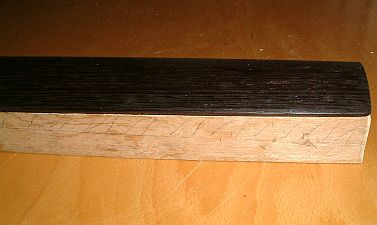 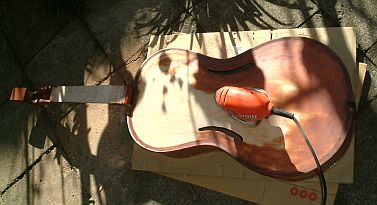 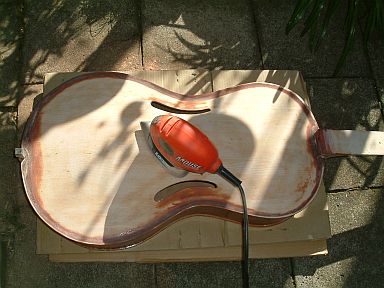 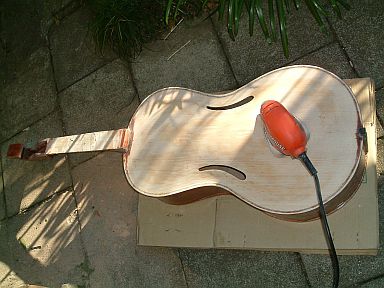 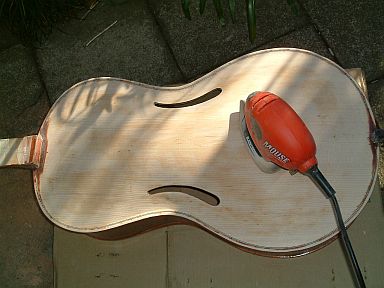 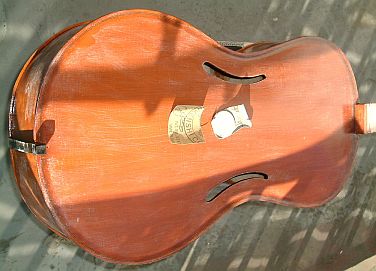 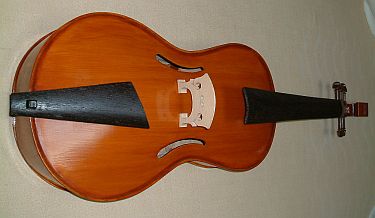 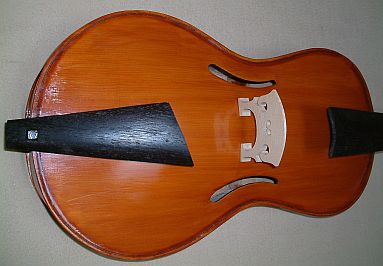 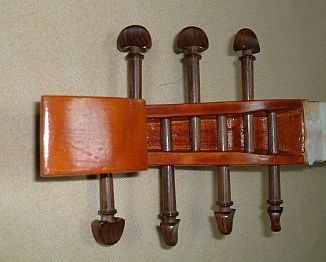 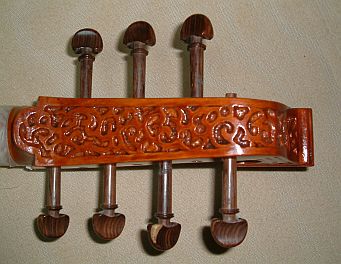 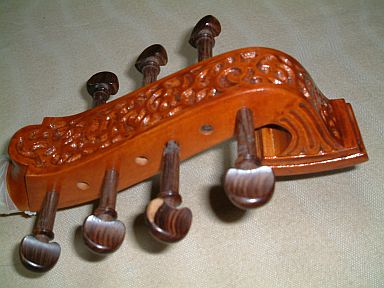 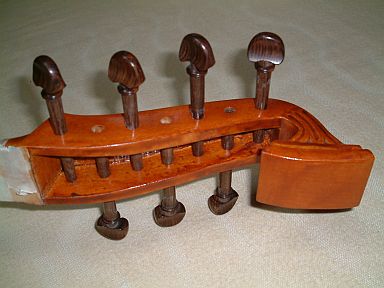 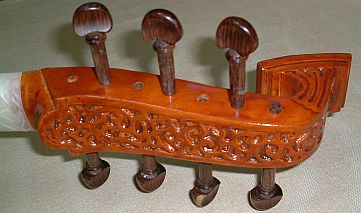 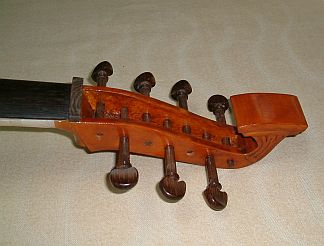 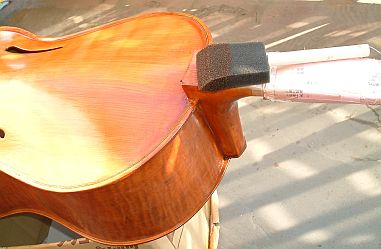 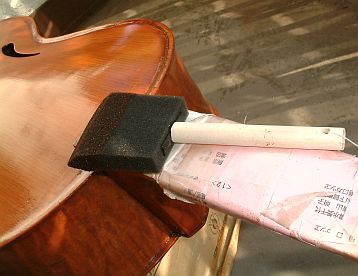 Many thanks for the information. I have been in touch in the past with Mr. Nicholas Deletaille. I would be pleased to receive an article from you. Would you be so kind as to allow me to review the article and make appropriate edits? I will send you the draft with any changes indicated for your approval. Then, if we are agreed, I will contact my webmaster and ask her to proceed with putting the article on a guest page.

I look forward to reading the article. Many thanks for contacting us. 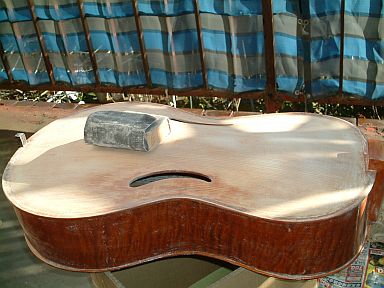 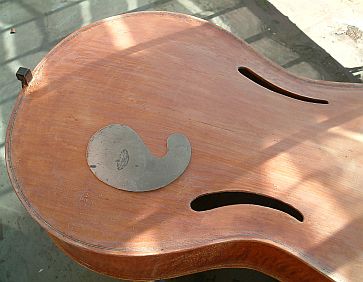 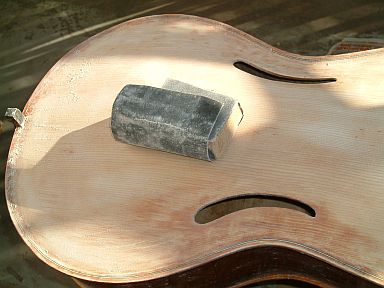 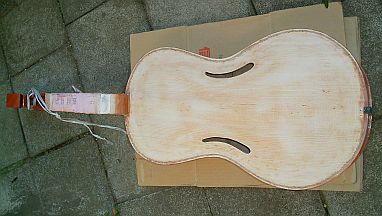 Written in November 1824, the Arpeggione Sonata is one of his many late compositions which candidly reflects this Austrian composer's volatile emotional state due to the effects of the syphilitic infection which he had contracted. This composition is such a gem in itself simply because it is the sincere reflection of how this one of the most gifted composer had felt in the last years of his life. This fact alone gives meaning and a deep emotional value to every single note and chord which is written.

This sonata was written two years after the dreaded disease had set in. The music exhibited the same cyclothymic characteristics as the effects felt by Schubert from the onslaught of his venereal disease. The more I listen to this music, the stronger the emotion of melancholy I feel. Somehow, it seems that Schubert, in the midst of his physical and emotional pain (probably from the social stigma associated with syphilis), laments the transience of life and reminisces the good times which he had had.

One feature of this composition which strikes me upon the first hearing were the various almost unexpected changes of mood throughout the music. At the same time, I'm well amazed at how Schubert had the magical musical ability to blend those extreme diverse emotional moods into a seamless music composition of the highest quality.

Though Schubert had immense respect for his contemporary Beethoven, the intensity of those emotions in his music isn't conveyed through to the listeners by intense drama found in Beethoven or Mahler's music, but his own unique poetic style. His lyricism and poetic qualities shines through even in the maddest moments of his music, touching the listeners in the most special way.

And of course, this gem, will soon be in my repertoire. I just can't resist learning this piece of music, no matter how technically challenging it is for my instrument. I'm surprised that they actually have the first movement of this music in the ABRSM Grade 8 syllabus. The almost 10-minute movement can easily be technically and musically more challenging than the rest of the music in there.
Posted by solitudex at 01:38
Tweet

I just received a note by Dr. Osamu Okumura, the president of the Arpeggione Society in Japan. What a pleasant coincidence that I'm actually working now on Schubert's most beautiful Arpeggione Sonata.

It's amazing how the only currently existing piece of music written for this instrument has piqued the curiosity of so many people around the world, to the extent of re-constructing this obsolete instrument. If I have a chance, I would certainly love to try out this instrument and learn to play this masterpiece this historical instrument. I had written an entry on this instrument when I was first seduced by the immense beauty of this work. Thankfully, the range of the arpeggione that is used in this work falls just barely within the range of the guitar that I am able to try my hands on such a gem and incorporate it into my repertoire.

No groundbreaking compositional techniques or strange harmonies used, but just simply charming. It isn't like Bach whereby I'm continually discovering new things about the works, but somehow, I can never get bored listening or playing this work, probably due to its seamless blend of a wide spectrum of emotions in such most poetic manner...

I'm still in the midst of studying this work. Analysing the entire harmonic structure and texture of this work. A not-so-easy task with the arpeggione being an obsolete instrument. But by studying his works which he had composed in the same period of his life, it does help me understand his style in this Arpeggione Sonata a lot more thoroughly.
Posted by solitudex
Tweet

template and material by web free素材集IFD